Share a memory
Obituary & Services
Tribute Wall
Read more about the life story of Shirley and share your memory.

Shirley Margaret (Laybourne) Maurette, 88, of Calgary, AB, passed away peacefully at her home on January 15, 2023. She was born December 18, 1934, to the late Gertrude and Harold Simpson in Scarborough, England. After losing her mother to pneumonia in 1937, Shirley was adopted by her maternal aunt and uncle, Edith and Alfred Laybourne.

From early on, Shirley was independent and adventurous. After obtaining her nursing diploma in 1958 from St. Mary Abbots Hospital in London, she answered a call for nurses in Canada and ended up in Calgary. It was there that she met the love of her life, Mike in July of 1961. Having finally found her match in spirit, character, and conviction, Shirley and Mike married on October 6, 1961, at St. Mary’s Cathedral, Calgary.

Their adventure continued together as Mike’s work took them throughout the western U.S., Canada, and Holland, before finally resettling in Calgary in 1979. Shirley continued to practice nursing on and off, while raising her children, and, later, part-time, well into her 80th year of life. She was a faithful Catholic, and a member of St. Gerard’s Catholic Church, and later St. Michael Catholic Community.

Shirley was soft-spoken, patient, and practical. She was unwavering in the love and care of her family, which included many lucky dogs over her long life. Her pride and joy were her four children and nine grandchildren (whom she spoiled unapologetically). Her home was always open to family, extended family, family pets, friends, and friends of friends. Many experienced the warmth of her hospitality, whether it be with temporary accommodations or a seat at the family table for her fabled Sunday night spaghetti dinners, celebratory gatherings, and holiday meals.

To the very end, Shirley retained her dry wit, her British sensibilities, and the strength of her convictions in life and political opinions. She lived her life on her own terms and found her greatest contentment in her marriage, home life, and family. Her only stated regret was that none of her children chose the veterinary profession.

Shirley was preceded in death by her parents, Gertrude and Harold Simpson and Edith and Alfred Laybourne; sister Christine Laybourne; niece Beverly Allen; and most heartbreakingly, her grandson, Noah Maurette. She is survived by her adoring husband of 61 years, Yves Michel Maurette; and she lives on in her surviving children Nicholas (Kristen) Maurette, Liza (Greg) Beck, Andrew (Michele) Maurette, Neil (Christine) Maurette; and grandchildren, Octavia, Marc, Darian, Kennedy, Jacob, Emily, Jude, and Devon.

In lieu of flowers, donations can be made in Shirley’s memory to the Canadian Fallen Heros Foundation. 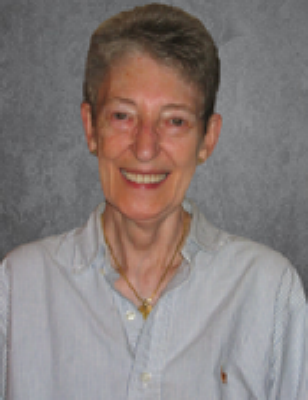