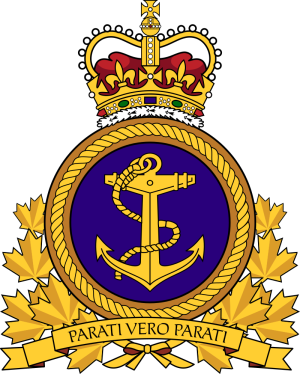 It is with heavy hearts and deep sorrow the family of Norman Weimer announce his passing on May 30, 2020. Norman was predeceased by Helen, the love of his life and wife of 75 years, and will lovingly remain in the hearts of his daughter and son-in-law, Mark and Darlene MacDonald, granddaughter Brittany MacDonald and godson, Randy Fisher.

Norman was born at home in Calgary on April 24, 1924, the second oldest child of David and Katharine Weimer. Norman spent his childhood and youth working on the family farm in Delacour. When Norman was home in Calgary, he and his brother, Al, played baseball and hockey and these two brothers formed a closeness that remained throughout their adult lives.

Norman moved to Calgary to attend Grade 9 at Haultain School. When Norman decided his education was completed, he worked as a bellhop at the Alexandra Hotel, played pool for the “house” and delivered ice and groceries on his bicycle (and later drove the delivery truck) for Jenkins Groceteria.

Norman met his future wife, Helen, by chance one night through mutual friends when he was 17. He joined the Navy during World War II and was Lead Stoker aboard the Minesweeper, Transcona, based out of Halifax. Norman and Helen wanted to be together, so they were married on June 15, 1944 in Calgary allowing Helen to join Norman in Halifax.

Upon his return to Calgary, Norman drove truck for Crossland & Beale, Imperial Oil, Coast Insulation and Owens Corning Fiberglass until he retired.

Norman loved animals, working on cars, woodworking and “tinkering” in his garage. If you needed to borrow a tool, he most likely had it. Norman worked hard all of his life and had a deep devotion for his family. He was a very easy going person and loved to visit and share stories with others. Norman loved watching hockey, baseball and football on television and was a huge Dodger, Kings and Flames fan.

He and Helen enjoyed trips to Hawaii, Las Vegas and Mesquite always returning to Calgary each year to connect with friends and relatives.

Norman moved back to the Calgary area in 2016 to be close to his family and create more precious memories. He was a wonderful Father and absolutely loved being Brittany’s Grandfather. The family would like to thank Doctor Brian Doran for his excellent care of our Dad giving us additional time with him which we are so thankful for.

A private family graveside service will be held on June 15, which would have been Mom and Dad’s 76th Wedding Anniversary - they are together again and their love story continues!

A Celebration of Norman and Helen’s lives will be held at a later date.

To send flowers to the family or plant a tree in memory of Norman Johann Weimer, please visit our floral store.

You can still show your support by sending flowers directly to the family, or by planting a memorial tree in the memory of Norman Johann Weimer
Share a memory
© 2021 Evan J. Strong Funeral Services. All Rights Reserved. Funeral Home website by CFS & TA | Terms of Use | Privacy Policy