Share a memory
Obituary & Services
Tribute Wall
Read more about the life story of Michael and share your memory.

It is with heavy hearts we share the news of the passing of Michael Victor Rolland, 70, of Calgary, Alberta. Mike passed away on January 18, 2023, peacefully with his family by his side.

Mike was born on September 27, 1952, to Emile and Eva Rolland in Wembley, England. After graduating from high school, he worked for British Rail, then later became a police officer in Tiverton, England, and subsequently moved to Barnstable, England where he worked in the traffic division of the police force.

In 1979, Mike and his family immigrated to Canada where Mike began working as a mechanic. Mike continued a successful career in the automotive industry holding positions as a regional manager, national manager, and service manager. As education and lifelong learning was important to Mike, he completed his MBA from the University of Wales, Cardiff in 2010, and in 2019 Mike completed a higher education teaching certificate from Harvard University. Prior to retiring, Mike was the Academic Chair, School of Transportation at SAIT, pioneering the Automotive Service Technology Program.

After retiring in 2019, Mike enjoyed his time working on and riding his motorbikes, walking his dogs, and spending time with his family and friends. Mike loved tools and gadgets of all kinds and kept himself busy working on cars, bikes, and house projects. Mike and Marj recently celebrated their 50th wedding anniversary on October 7, 2022.

Mike was adored by his family, friends, and coworkers for his fun sense of humor. He was truly a special person to so many as his love was strong and compassionate. Mike was forever inspiring, encouraging, and supporting others to succeed and pursue happiness in their personal and professional lives. Always a gentle and kind person, Mike had a soft spot for rescuing dogs and has rescued many dogs by giving them a caring home with Marj.

Mike is survived by his loving wife of 50 years Marj, his two daughters Angela (Norm) and Bianca (Aaron), and his three granddaughters Ashley, Sydney, and Havana. He is also survived by his siblings, John (Jo), Frances, and Peter (Margie). Mike was predeceased by his parents Emile Rolland and Eva Rolland.

In lieu of flowers, please consider a donation in Mike’s name to the Animal Rescue Foundation. https://arf.ab.ca/donations/donate/

A Funeral Mass will be celebrated at St. Patrick's Catholic Church (1414 Shawnessy Blvd SW) on Tuesday, January 31, 2023 at 12:00pm. A recording of the Mass can be accessed below.

Your browser does not support this video format. You should be able to view it in Chrome, Safari or Internet Explorer. 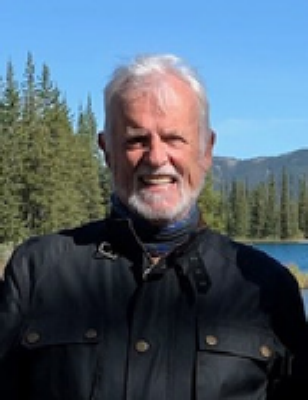