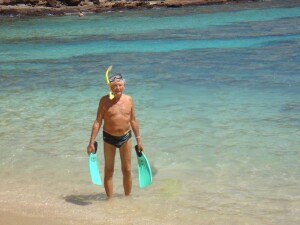 It is with a heavy heart that we inform you that Frank Josef Pasek, passed away peacefully early morning on the first day of Winter, December 21, 2021, at a Calgary hospice. He lived to the celebrated age of 89.

A longtime Calgary resident, Frank was a multi-degreed Architect and Professional Engineer. Frank is survived by wife Milena, and sons George (Michelle) and Martin (Alsu), grandsons Alexander and Michael, granddaughter Aylin, and cherished nephews Jaromir, Filip and Hubert. As well as hundreds of relatives and friends scattered far around the globe. He will be missed by all who knew him.

He was born in Plzen, Czechoslovakia (aka Pilzen, home of Pilsner beer) in 1932 to a well-off, prominent family of major housing commercial builders. He grew up in Plzen and Nova Hut.

Frank met wife Milena in Brno, Czechoslovakia in the late 1950s and married her at the age of 28.

When tanks started rolling down the streets of Brno in the fall of 1968, Frank and Milena bravely formed and executed a quick daring escape during what was the start of the Russian communist invasion of Czechoslovakia. The escape included hiding at an Austrian farm outside of Vienna for a month, while trying to secure a brighter future in a distant and unfamiliar place called “Canada”. They risked everything to seek out freedom, and a better life for Frank, Milena, and their young kids.

They arrived in Calgary in the bitter cold winter of 1968. With no English words, two suitcases, and three Canadian dollars, they succeeded, and settled as penniless refugees in Calgary that year with their two kids (ages 8 and 1).

Life was far from easy in those early days. They both held down day jobs, plus took night jobs at the same time to make ends meet. And yet Dad somehow still found time to stretch his own canvas and take up oil painting of huge abstract scenery in his spare time. Those paintings still decorate the walls of the family homestead under his artist’s pseudonym “Pasfranti”.

But Frank was more proud and certainly more well known for his extensive collection of hundreds of bells collected from all over the world, than for his artwork.  His favorite flower was the sunflower, and he busily painted those on the back of the house. (Are sunflowers in the rotating photo real or painted?)

Mom and Dad settled into their current house which Frank designed and had built in 1974. They were very loyal to living out their life in Calgary, even though we kept encouraging them to move to the coast in the last few years. They always said that that the main reason they could never move, was that they could never find such good friends and neighbors again.

Dad loved the mountains, and was very proud to live so close to some of the most majestic mountains in the world. He would proudly tour any out-of-town visitors to Banff and Lake Louise to show them the sights. Here is a picture of him in his signature beret, which he was seldom seen without in public.

Mom and Dad made friends everywhere they went. Dad cherished his loving family but also their friends scattered around the globe. Always trying to keep in touch with everyone. Which was not so easy in the days before internet. Mom and Dad spend countless hours composing letter mail. And in return they would fill an entire wall every Christmas with cards arriving from far and near. That was some dedication!

Dad and Mom have always lived a modest lifestyle, and enjoyed friends and experiences over material things. And yet, Dad had an amazing life, and amazing career. His career as a multi-degreed architect and professional engineer took him on work adventures to places like California, New Jersey, and the Philippines.

He was a part of teams who designed well-known Calgary landmarks like the Devonian Gardens, certain infrastructure for the 1988 Calgary Olympics Ski Village, the Calgary Stampede Grandstand, and additions to the Rockyview General Hospital and Foothills Medical Centre. Those are just a small sample of projects he was involved with, that shaped Calgary.

After Dad and Mom retired, they decided to start snowbirding and over the years visited Hawaii, Florida and Australia. Hawaii turned out to be the hands down winner and became their winter home for well over a decade enjoying the sun, sand and aloha lifestyle. Even on the beach in Hawaii they managed to make new lifelong friends which we know they cherished greatly. Everyone knew to look for their distinctive little yellow tent on the beach. A beach visit would inevitably be followed by an invitation to their condo for some dinner and Franks specialty lychee cocktails or some good Czech beer.

Dad was an eternal optimist. He had a very pleasant demeanor, and always greeted everyone with a big smile. We would never see him get mad. Nothing was a big problem. In his mind, big problems did not exist. Not even during his failing health, loss of hearing and vision, and severe respiratory issues. Some may have become very angry at this point to be put into this type of dire circumstance. But not Dad. He was a sport till the end.

And his philosophy was that one always gets more accomplished with praise and kindness than with anger. That attitude served him well to the end. Perhaps Frank unintentionally left us with an important lesson to be learned.

I hope that these words provide more insight into who Frank Pasek really was, apart what you already knew of him.

The day before Dad passed, he apparently became anxious and proclaimed to his nurses in the hospice that he really needed to find his passport, as he was planning an imminent trip. How prophetic. We arrived to see him shortly thereafter, but we believe he was too busy dreaming about packing to be able to notice us there.

A formal funeral ceremony is not what Frank wanted. He was modest to the end. A short viewing was held for immediate family on December 23, 2021, followed by cremation.

Even though there are so many of you who would have wanted to pay your respects, we hope that you found your way here to leave a comment, interesting snippet or long story of your interaction with Frank, a wish, or a simple remark.

Dad will be dearly missed. The world lost a great man and a decent and kind soul.

Dad, we have been blessed to be part of your life.

See you on the other side.

George and the rest of the Pasek family.