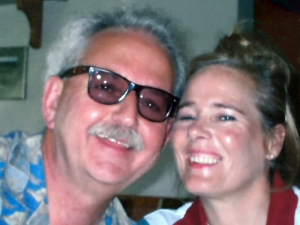 It is with great sadness we announce the death of Arnie on April 25, 2022 at the age of 70, after a battle with Cancer. Arnie died peacefully, surrounded with love and friendship.

Arnie leaves behind his loving wife Kate King, son Jason De Roode (California), daughter Jennifer Atkinson James (Ontario), brother Robert De Roode & Natalie Bailey (British Columbia), sister Regeina De Roode Lopez (Ruben), (Missouri) and many nieces, nephews and great nieces & nephews, cousins and in-laws. Devoted to the many whom he loved.  We all grieve his loss, feel blessed to have been part of his life and to have shared in his love, humour, dedication, kindness, compassion, and joy. Passionate in all aspects of his life is how he will be remembered!

Arnie was born in North Vancouver where he spent his childhood years as well as in Delta, moved to Calgary at the age of 15. Arnie had fond memories of riding his bike everywhere, especially his time down by the ocean. He played football at Central Memorial High School. He married and became a father to Jason in 1979, Arnie, Jason and Janet (Jason’s mother), had many fun travels visiting Western Canada and the United States.

In his early twenties a mentor suggested he find a trade and he joined Local 496 Plumbers & Pipefitters Union where he found his home and career for over 40 years. Arnie was a proud union man and carried his views in a no-nonsense way. A fierce dedicated advocate for the men and women he served! After serving the union in many positions, he ended his career as Assistant Business Manager. UA all the way! See you on the next one!

Volunteering and helping others were so very important to Arnie. He was active in the community; Board Member at Fresh Start Recovery Centre, running in the Scotia Bank Marathon, volunteering at the Mustard Seed, coaching youth soccer, and too many more to list.

Alcoholics Anonymous was a second home to him, where Arnie is loved and appreciated for all he did to mentor and guide many souls. His words and advice are echoed in the rooms. Arnie held many service positions and met many friends. The community of AA has truly lost a great friend!

Golf became his favourite sport and there is many a story to be told! Travelling and adventures were so much a part of his life.

Arnie and Kate met 17 years ago, were married December 27, 2018 which was a magical & joyous event! Although, a short time together, it was amazing for her to be his love, he was her light, and heart of her heart.  They felt blessed for their time together and all those who added to the journey.

Celebration of Life will be held on Saturday, May 14th 1:30pm at the Glenmore Inn, 1000 Glenmore Court SE. The family invites you all to join in Celebration of an amazing life!

The family wishes to thank all the staff at the Foothills Hospital (especially Dr. C. Mutch and Brianna) and the Chinook Hospice (gentle Donna) for their loving care over the last 3 months.

In lieu of flowers, it was Arnie’s wish is for donations to be made to Fresh Start Recovery Centre.